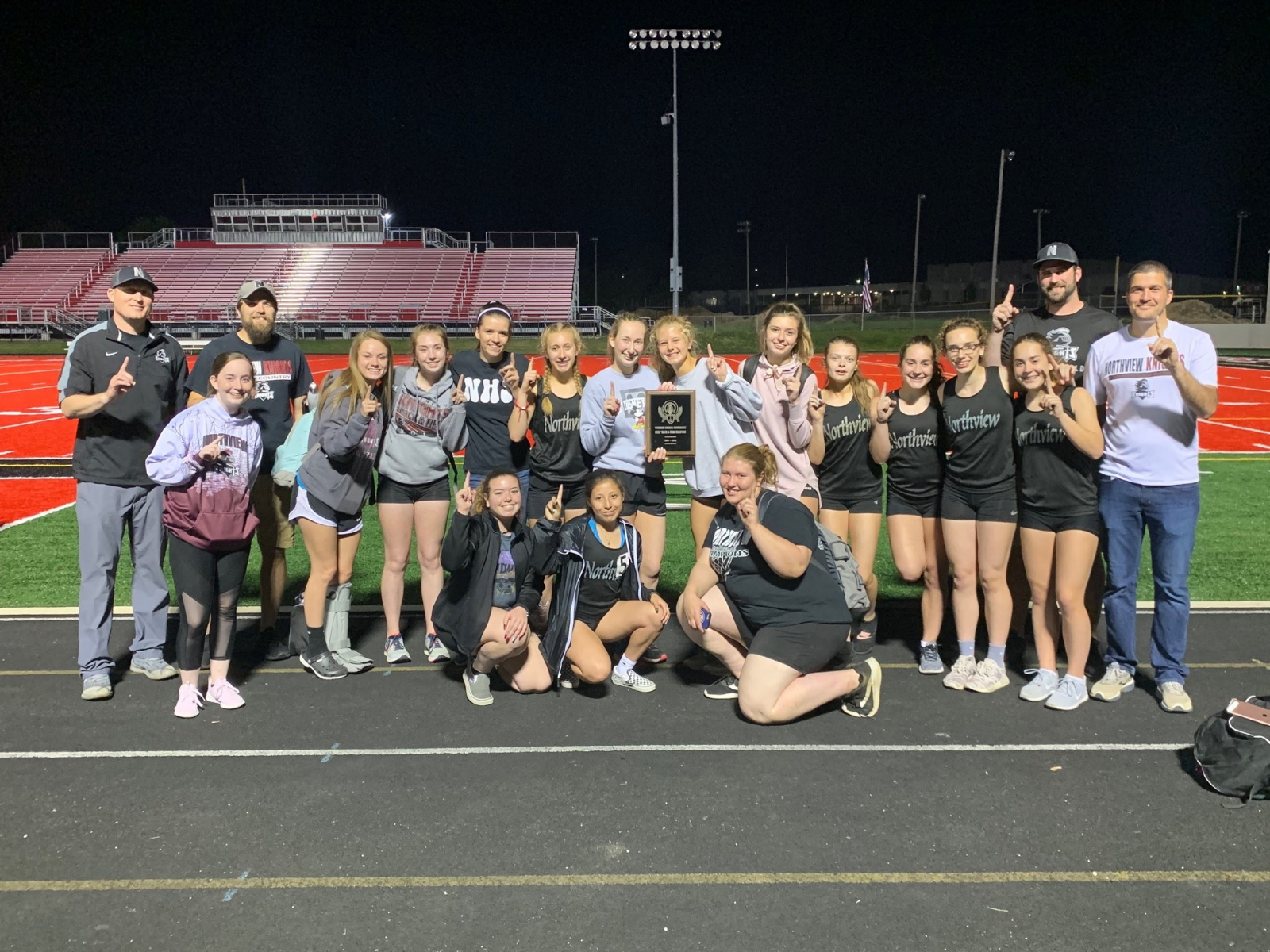 The Lady Knights were able to come away last night with the school’s first conference championship since 2007 in a tight team battle with Edgewood. The Knights put together a very solid team effort to fight in all their events and won by being represented well in the finals of all events. The focus of the night was to “move up the form chart” and score more points than we were seeded to in every event.

Freshman Evie Noel lead the way by scoring 28 points. Noel, Eden Siples, Madeline Sinders, and Yahaira Martinez ran to a second place finish behind a strong Edgewood team in the 3200 meter Relay in a 19 second season best time of 10:40.79. In her next two races, Evie was within a second of the school records. She finished second in the 1600 with a 5:25.72, and then won the 800 in a time of 2:23.22, improving on her 4th place seed in the event. To finish off her great night, she had about 5 minutes after winning the 800 to be back on the track racing to a second place finish in the 3200 meters.

Not to be outdone, Senior Eden Siples had a great night on the track as well. Eden’s events were shifted around a bit to help out the team, but she gladly did it. On her anchor leg of the 3200 Relay she chased down second place to secure we scored more points in it than we were supposed to. She then went on to finish 4th place in the High Jump, again moving up “the form chart”. She captured her 4th 400 meter WIC championship by tying her school record with a time of 59.18. Lastly she anchored the 1600 meter relay to a second place finish in a time of 4:18.87 which was a season best by about 6 seconds. She was joined on the 1600 Relay team by Maggie Lackey, Jolee Kellett, and Macie Timberman.

Sophomore Maggie Lackey was our third and final conference champion/All-WIC performer on the evening. She raced to a victory in the 200 meter dash with a time of 27.38. Maggie joined freshmen Rylie Vitz, Raimey Vitz, and Macie Timber to finish second in the 400 meter Relay moving up from their 4th place seed in a season’s best time of 52.44. She also was on the second place 1600 meter relay team.

Junior Adrienne Combs added a couple of runner-up finishes for the Knights. She was runner-up in the 100 meter hurdles in a time of 16.31. She was also runner up in the Long Jump, jumping a personal best of 16’4″.

Sophomore Jolee Kellett also moved up the form chart for the Knights by running a season best time of 1:04.73 and finishing 7th in the 400 meter dash. Kellett was also a member of the runner-up 1600 meter Relay team.

Full results can be found at the following link:

The Lady Knights start the post-season tournament on Tuesday night at Terre haute North for sectionals.