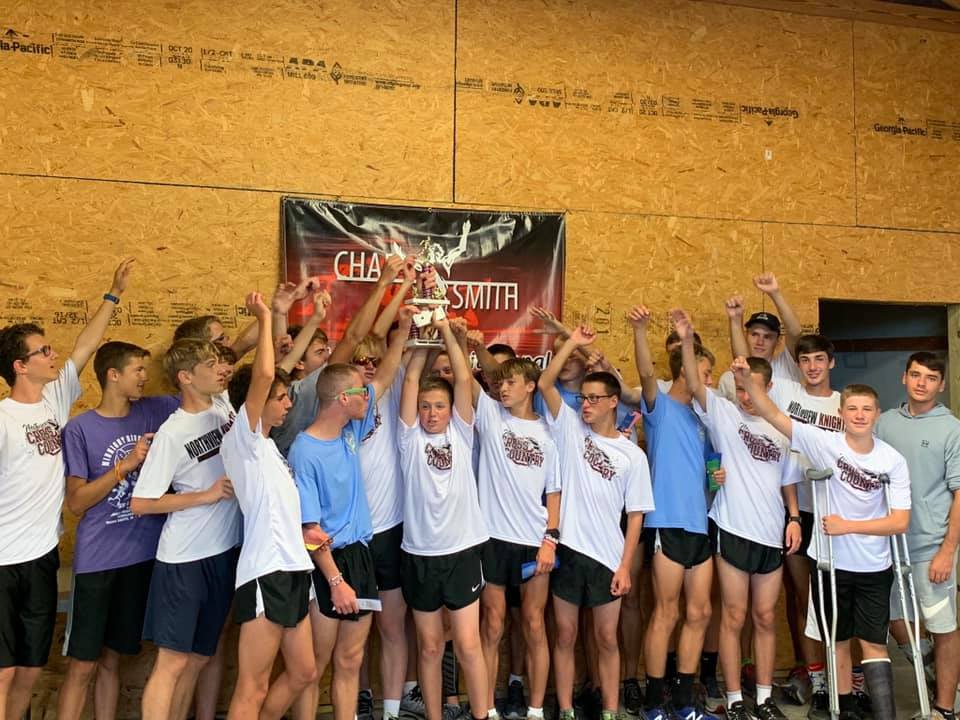 Stuart Bennett ran a perfect race and worked his way up through the ranks the first 2 miles of the race and in the last mile was able to come away with an 11 second win over Sullivan’s Dossan Lamb and Thomas Chapman who were battling it out for second place. Bennett crossed the line in a time of 17:30, while Chapman just narrowly lost the battle for second to finish third with a time of 17:42. Carter Mullenix, Corbin Butts, and Jared Parkey quickly closed out the scoring for the Knights by finishing in fourth, fifth, and sixth respectively with times of 18:09, 18:11, and 18:30. Hunter Strain crossed next in fourteenth place with a time of 19:32 and Zach Hapenny took the last varsity spot in sixteenth place overall with a time of 19:39.

The Knights have the weekend off, but return to action next weekend. They will compete in the State Preview Meet against some of the best competition in the state at Lavern Gibson.